The Parish of Horsley is situated in one of the most scenic parts of East Tynedale and forms part of a World Heritage Site.  There are outstanding views of the Cheviots, Simonside and the North Pennines from Horsley Hills.

An extensive network of public rights of way and quiet lanes through open spaces and mixed woodlands, provide the horse rider, walker and cyclist great opportunities for exercise, peace and relaxation.  A large scale map is on show in the front porch of the Hearth Arts Centre in Horsley Village.

The main settlement within the parish is Horsley Village.  This village is steeped in history.  Many of the buildings have strong architectural features and are of great historical significance.  At the Hearth in Horsley several 17th and 19th century listed buildings around the village church have been restored and converted into the art and music centre you see there today.

The two village public houses were former coaching inns.  Roman-British remains and antiquities from the medieval period can be found around the village and parish.  Spital is the site of a medieval hospital and spa and there are many buildings of historical significance at the tiny hamlet of Welton including a pele tower.

You will always receive a warm welcome in this beautiful Northumberland village.

The next meeting of the Parish Council will be held on Monday 18th July 2022 at 7.00pm in Horsley WI Hall.

Residents are invited to attend the meeting to discuss any areas of concern within the Parish.

The library transit van continues to visit Horsley on a fortnightly basis.  The next visit is scheduled for Wednesday 6th July June 2022 15:00 Cherrytree Gardens 15:20 Lion and Lamb Car Park and 15:45 at the bus stop near Stonecroft.

Cleaning up the Tyne

The Rivers Trust has just published a recent report about the state of England’s rivers.  It makes for shocking reading.  For example, a whopping 86% fail to pass standards for ecological health. And 100% fail the chemical health assessment.  Every single one fails.

The pollution is not just happening by magic.  There are main polluters in every part of the country.  Farming and wastewater are the biggest offenders.  Agriculture harms 62% of England’s water and more than 50% are harmed by sewerage effluent from our water companies. In 2020 there were over 403,000 raw sewerage discharges into England’s rivers in what are called “storm overflows” – though it is standard practice for them to occur when there is no storm.

Many local residents who walk down by the river, play, swim, paddle or fish in it, will notice the state of the water. Comments to me have included the litter, smell, foam and colour of the water. Fishermen have commented on reducing fish stocks and the poor health of the fish caught.

It is time to clean up the river.

Another northern town have set us an example. Ilkley Clean River Group were angry about the state of the River Wharfe. They decided to use new government legislation. They applied and were successfully awarded “bathing status” for the River Wharfe at Ilkley.  They don’t think the river is clean. Just the opposite. However, being awarded bathing status means that the Environment Agency (EA) runs a much higher frequency and number of tests on water quality.  The EA is developing a plan to work with the main polluters to clean up the river.  It is a mechanism, with some structure and teeth to clean things up.

We are doing the same on the Tyne. We will be running user surveys (swimmers and other water users) this summer. We will be approaching local stakeholders for a consultation on the views of residents, businesses, local authorities etc. over that period too. Ultimately the goal is to be awarded bathing status, and the monitoring and pollution clean up plan that goes with it. 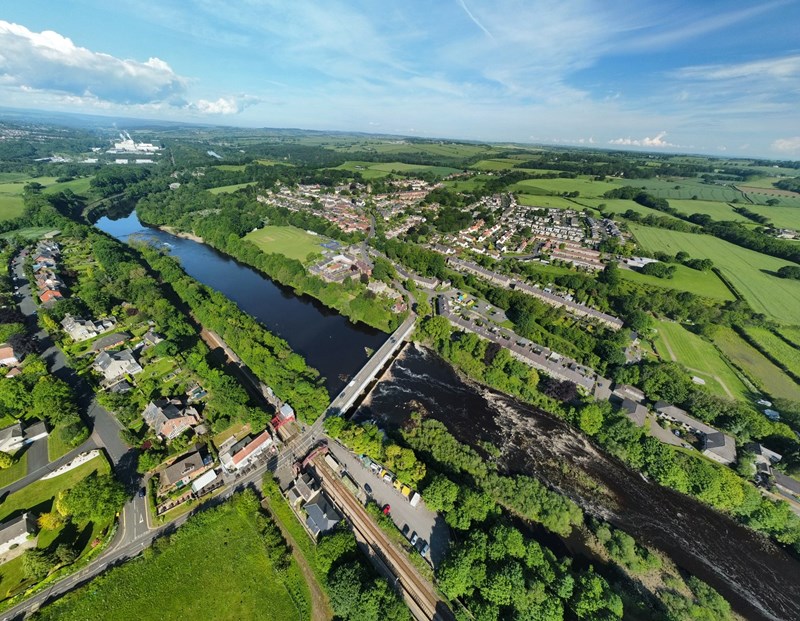